WHAT IS THE FOD*BOSS ?

The FOD*BOSS® is a patented airport sweeper designed specifically for collecting FOD at high speed and with incredible efficiency.

The FOD*BOSS® is towed by a vehicle at up to 50 km/h, 30mph, driven by a single operator. No special skills or licence required.

There is no motor, vacuum suction engine or moving parts which makes it very affordable and virtually maintenance free.

The FOD*BOSS® is equally efficient in wet or dry conditions and can be used on asphalt, concrete, smooth of fine-grooved surfaces. 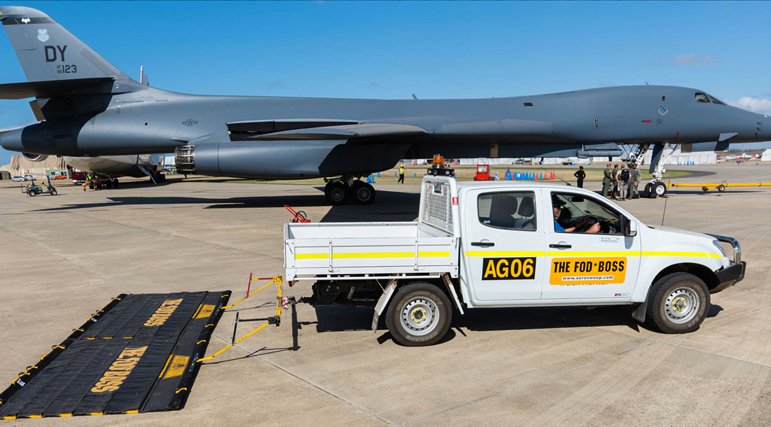 ROWS OF SCOOPS MADE OF SPECIALLY FORMULATED AEROTHANE ™

The principle of operation of the FOD*BOSS® is based on rows of scoops made of specially formulated Aerothane™ that collect the FOD. In front of each row of scoops are tough, long-wearing brushes whose fibres activate the FOD by friction and ease its capture by the scoops. This feature is especially important to pick-up flat objects such as washers or luggage tags.

The design of the scoops is such that they will adjust with wear, keeping a blade shape and ensuring constant FOD collection.

After being picked-up by the scoops, the FOD is kept on the u

pper surface of the mat and entrapped by a retaining mesh. 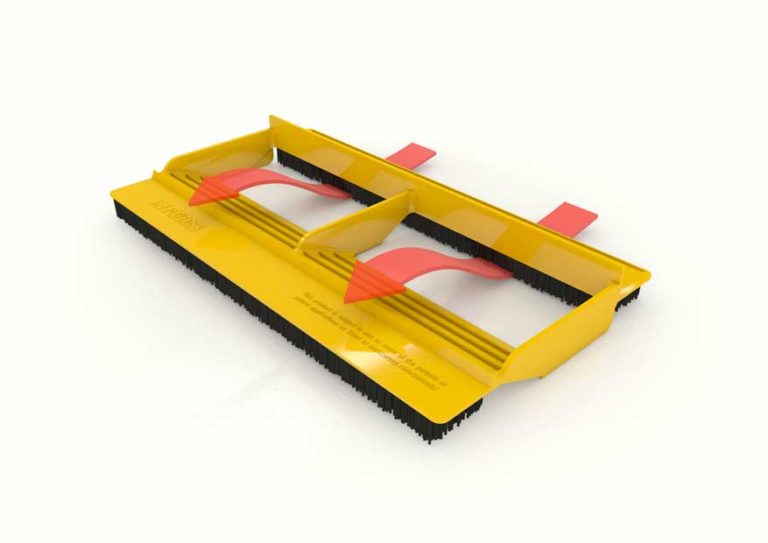 Whenever the FOD*BOSS® has picked-up a heavy load of FOD, it will be easily emptied by simply raising its trailing end and shacking out the collected debris.

The retaining mesh is attached by means of Velcro® straps ; this enables easy removal to proceed with thorough emptying at the end of the sweeping run. 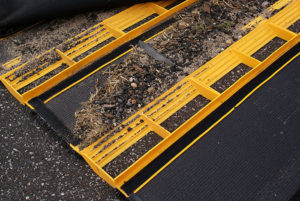 After use, the FOD*BOSS® is rolled up and put in its transport and storage bag which includes rollers for easy single-person manoeuvring.

This feature makes it particularly easy to transport on site in case of rapid intervention required on a FOD spill spot. 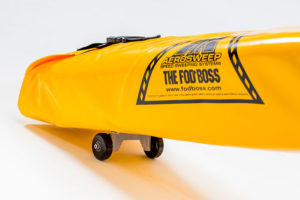